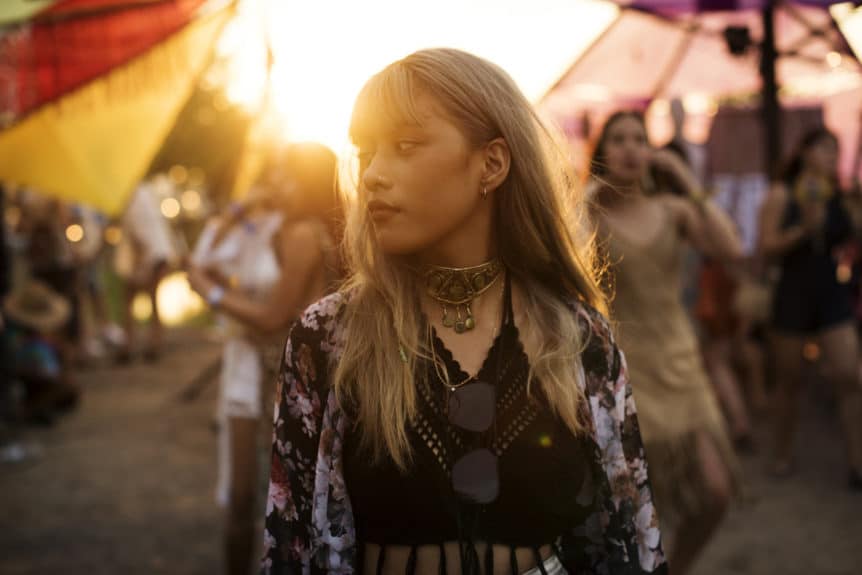 Let’s be real: feminism isn’t perfect. Feminists have fought for and won many of the freedoms and luxuries women enjoy today. From our right to vote to our ability to get credit cards without spousal approval, women have a lot to be thankful for. There’s much feminists are still fighting to achieve – like closing the gender pay gap and ending sexual harassment – and no matter what you think about the terminology, you’re more than likely a feminist yourself.

But for all that feminism has done to improve our world, it isn’t perfect. First- and second-wave feminism certainly had their problems, and today’s feminism still has room for improvement. We’re feminists, but we’re not blind to the issues within feminism. The better we recognize and understand our weaknesses, the better we can improve them for future feminists.

Here is our critique of feminism, from the first wave through the third. Feminism is changing every day, and there’s plenty of ways it can continue to grow. The more inclusive feminism is, the more it will help all women.

First- and second-wave feminism was, in many ways, exclusively for middle-class white women. Although early members of the women’s rights movement were for the abolition of slavery, there was also clear racism among feminists of the time. When women fought for their right to vote in the early 1900s, black women were largely excluded from participating in the marches. Other women of color, too, were not allowed to participate in the feminist movements. Even to this day, much of feminism often focuses specifically on white women and the problems they endure; it doesn’t always encompass the issues women of color (WOC) face, but it needs to.

One issue is minimum wage. More women than men earn a minimum wage, making this an intrinsically feminist issue, but that income is less and less able to provide what people need to survive. Congress hasn’t raised the national minimum wage in nine years, and its buying power has steadily decreased over the last 30. If it had kept up with inflation and productivity, minimum wage would be at least $21.72 today. As it stands, it is not enough to support one person, let alone a whole family, as FDR originally intended when he enacted it in 1938.

Feminists must fight for the needs of all women, including women of color and those who are poor or in poverty. Fight to raise minimum wage, for equal pay, and for policies that help those who need it most – no matter their color or their income.

One action you can take now is to support the businesses of people of color. Here is a list of black-owned businesses to get you started.

Another queerphobic trend, trans-exclusive radical feminists (TERFs) are a branch of self-proclaimed feminists who do not consider transgender women to be “real” women. They accuse transgender women of being “men trying to colonize women’s spaces” and claim that they can’t possibly understand what it means to be a woman. This view is bigoted and reductive, and it denies that there are as many experiences of womanhood as there are women. TERFs reduce women to their reproductive organs, which is about as anti-feminist as you can get. They take an essentialist view that sex and gender are inextricably linked by biology. They are wrong.

Many TERFs (and non-TERFs) incorrectly believe that there are only two sexes and two genders. Indeed, there are a number of sexes. Most second-wave feminists were under this impression. A relatively small faction of second-wave feminists liked the idea of separatists communities – communities of just women (and children) with no men allowed. The issue with such communities is that they take a binary view of the world: there are women and not-women. Also, while these villages were meant to provide a safe home for women but not necessarily keep women completely away from men, it does give a sense of giving up and not dealing with society’s patriarchal problems.

Second-wave feminism introduced a pervasive attitude among feminists and women that to be feminine was to be anti-feminist. Some feminists condemned tereotypically feminine behaviors and interests. One of the most influential of these anti-femininity attitudes was a hatred of all things girly: namely, the color pink. So many young girls and teens went through a phase of hating the color pink. Pink was for “girly-girls,” it was uncool, and it was the worst color a girl could like. Though many young women grow out of this anti-pink phase, many other women hold onto those beliefs into adulthood.

Anti-femininity also extends to how women present themselves. Some feminists see dresses and makeup cas the enemy. Enjoying feminine activities like cooking or sewing is abhorrent. But the very worst and most feminine things you can do? Get married and have children. Feminism has often excluded married women and mothers from its movement, calling these women out as anti-feminist for their conformity to patriarchal societal roles.

This policing of gender performance and sexuality has also led to different opinions about how women should behave sexually. We discussed last week feminist pornography, and we mentioned the intra-feminist conversation surrounding porn. To (very simply) summarize the “Sex Wars,” some feminists said women should embrace their sexuality and express it freely while others argued that the sexualization of women degrades and sexually dehumanizes them. Taken to the extreme, both sides can be damaging. Sex before one is ready or as a form of self-harm is traumatizing, so we need to pay special attention to when to not have sex. On the other hand, removing sexuality from women shuts down the ability to express something that is incredibly important to most women.

How Feminism is Changing

The good news is that a lot of feminists recognize the problems of feminism in the past and are actively working to improve the movement. We increasingly see calls from feminists to be intersectional in our movement, and the voices of women of color and queer women are being promoted more and more. In the women’s marches of 2017 and 2018, women’s rights were naturally at the forefront of people’s minds. But moreover, the marches wove in the themes of civil rights, LGBTQ+ rights, and more. At the Seattle Women’s March in January 2017, Native American women led the parade. The movement is rightfully becoming much more inclusive and intersectional, aiming to help all women.

This intersectionality is also leading more people to highlight how feminism affects men, too. There is a growing call for an end to toxic masculinity. Men should be allowed to be emotional and vulnerable so that they may build real bonds and intimacy that every human needs to be emotionally healthy. Related to this, feminists aim to enable men to be involved fathers by advocating for paternity leave and normalizing fathers accompanying their children to parks and events. Additionally, allowing men to express themselves in traditionally “feminine” ways not only frees them to be their most authentic selves, it can also help to dispel the attitude that “feminine” things are silly, fickle, or superficial. Helping men helps women, and vice versa!

Room for Feminism to Continue Growing

Fortunately, feminism is changing, but there’s still room for new ideas to take hold. For starters, we need to diversity our perspective. Our sisters of color are facing unique problems that white women do not. Native American women have very little legal protection compared to other women in the United States. Reservation police do not have the authority to hold and prosecute people from outside the reservation, and state police often do not or cannot pick up the slack.

It’s also scary to be a Muslim woman in the West thanks to Islamophobia. Such hate crimes are most commonly perpetrated against Muslim women because many of them, unlike their male counterparts, have an obvious visual marker: the hijab. Muslim women regularly have their hijabs torn off, which is physical assault. We must value and protect every woman’s right to choose her faith and how she expresses it.

Even in arenas where WOC lead the fight, they are still often erased. Black Lives Matter was founded by black women. It’s no secret that black men are too often shot by police officers, but undermentioned is how often black women, too, are shot. In fact, black women are at the highest risk of being killed when interacting with the police. We must recognize the violence people of color face in our country as a feminist issue.

Feminism can’t only look Westward. WOC in the West are affected by the issues listed above, but we need to be sure that feminists look out for people around the world, too. All of us must fight for girls’ education, like Malala Yousafzai does. We need to improve the working conditions in sweatshops where our clothes are made and where 85% are women who make $2 each day. We cannot forget our sisters around the world.

A fledgling idea around the fringes of feminism calls into question gender itself. Understanding that gender is a social construct, we have a chance to question whether and how gender serves us as people and a society. As we see more and more agender, genderfluid, and non-binary people come out, we are watching gender as we know it be flouted and tossed aside. If these people can do it, then why aren’t we all doing it? Why do we have and perform gender? These are questions that must be asked in feminist circles, and ending gender is something to be explored.

Over the decades, feminists have fought for and advanced the rights of women around the country and around the world. But for all that feminism has done, it’s important to look at it critically and recognize where it needs to improve. It hasn’t always been perfect, and earlier waves of feminism have had some problematic stances on issues certain women face. For all its imperfection, though, feminism has continued to move forward and improve.

Feminism is changing for the better, and it needs to continue to do so. Feminism must work for everyone.

In case you missed it, check out why YOU’RE probably a feminist! Feminism isn’t a dirty word, people. Find out all the rights women have gained over the last 200 years – we have a lot to thank previous feminists for! Finally, our F-Word series left off with a look at what women are still fighting for today.

Happily Single: How to Make Your Family Understand
Why it's Important to Always Do What You Say in Sales
I Love You But I Hate Your Boyfriend: How to Show She Deserves Better
How to Find the Right Home for You