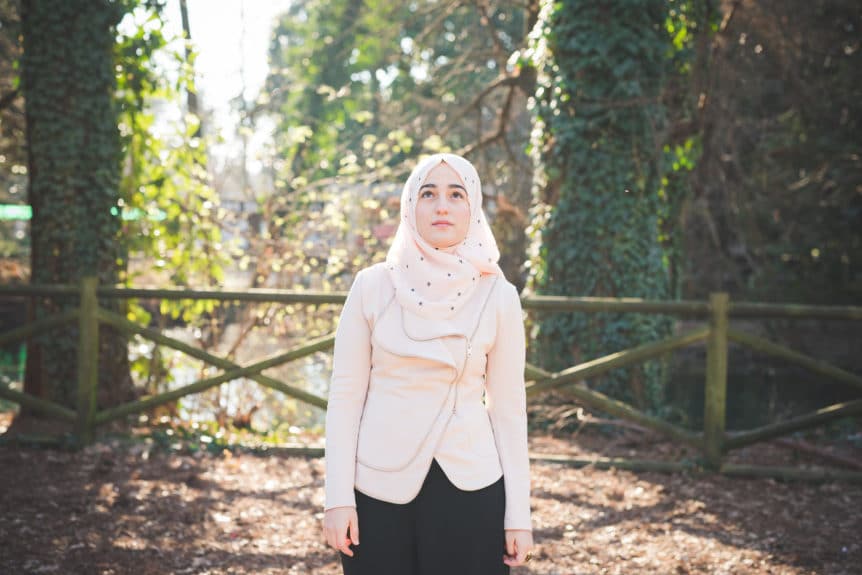 Previously, we reviewed just some of the incredible things the feminist movement has achieved. We’ve made great progress over the years! But does that mean the fight is over? No! We have more battles to be fight and win in the push for gender equality. Feminists are still pushing for equality on a variety of fronts. From legal rights to workplace policies, here are some of the things feminists are still aiming for today.

Have you ever noticed how TV shows and movies tend to have a group of three men and one woman as the main characters? It’s completely disproportionate, but at least it’s better than the Lady Smurf scenario of having just one woman and a sea of men. What’s worse is that people often see the opposite as ridiculous. Remember when the new Ghostbusters movie came out with an all-female cast? Men freaked out.

Life imitates art (or is the other way around?), and men think a crowd that’s 17% female is 50/50, and they think the same about how much women talk. Men feel outnumbered when there are equal numbers of men and women. What’s up with that? These faulty perceptions are not only strangely off-base, they’re also dangerous for women. We often have “token” women in the workplace, in media, in politics – everywhere! Just the one or two women necessary to make it look like it’s not a total boys’ club (although it still totally is). Maybe we should try to have every arena in life be representative of the actual human population – 50/50.

Media and advertising inundate us with images of what the “ideal” woman looks like. She’s young, white, thin with an hourglass figure, made-up but not overdone. Almost all print advertising involves photoshop, so women and girls are looking at unreal, unattainable images that are being sold as #goals. A major movement in feminism is body positivity. We want women to feel comfortable in the bodies they have.

Speaking of body positivity, let’s talk about our pervasive policing of women’s clothing. It’s supposed to be sexy, but not too sexy. It needs to be feminine, but not too feminine. Show just enough skin, but not too much. Professional, but not stuffy. Attractive, but still able to do things. And then there’s the need to shave our legs, wear makeup, put on some perfume… the rules are endless. It’s impossible to achieve all this, and why should we even aim to? This should not be the baseline standard of a “normal” woman in our society, and women should have more freedom to wear what they want and express themselves as they want.

Workplace equality has been a hot button issue over the last several years. A recurring discussion revolves around how much women earn compared to men. It’s a shame that, even to this day, white women make 82 cents for each dollar a white man in the same position makes. And that’s just for white women. For women of color, the numbers are far worse. Latina women make just 58 cents for every dollar a white man earns. That’s outrageous. We’ve been saying it, and we’ll keep saying it until we see real change: Equal pay for equal work.

But the gender pay gap doesn’t stop there. “Feminine” careers – those careers that primarily attract and employ women – consistently pay less than more “masculine” careers. Careers that men once dominated have seen a steady decrease in pay as more women join the field. Likewise, as more men join “feminine” careers, those industries see a significant increase in salary. Why is “women’s” work valued less than men’s? If the job is important enough to exist, it’s important enough to pay it well. We need pay equality across industries.

We must support – indeed, encourage – women to study whatever field inspires and motivates them. Women should not be confined to “feminine” pursuits. While it’s perfectly honorable for women to continue studying communications and nursing and literature – all important industries that are unfairly underpaid – we also want to see women accepted in STEM fields. In short, we should allow women to study and work in whatever field they want, and those fields should pay women equally.

Salary is just one area that needs improving. Benefits are also sorely lacking, often surrounding family: a stereotypically feminine aspect of life. The United States does not guarantee paid maternity leave. We need an overhaul in the paid parental and family leave afforded to our workers. Pregnancy, childcare, and family care is no small accomplishment. These things require a lot of time and energy, and our benefits need to support workers in their familial commitments.

Finally, think about the top leaders across companies and industries. You’ll find that C-suite professionals are overwhelmingly male. Where are all of our female leaders? Women tend to perform better in school and university than men; where does all that overachievement go over the years? Why is it that, the higher you get in a company, the fewer women you see? We need more women in leadership positions.

Indeed, across industries, women are under-recognized. Beyond our presence in leadership, women also get disproportionately little recognition for their efforts. In media, what directors are awarded for major films? Which albums win major categories at the Grammys? It’s no secret that awards are predominantly given out to men.

Consider the Grammys. Between 2013 and 2018, 90.7% of all nominees were male, meaning only 9.3% were female. At this year’s Grammys, only ONE woman was awarded during the televised broadcast; even in categories with four female nominees, the only male nominated would win. In the last 60 years, the vast majority of Grammy nominees and winners were male.

This trend isn’t exclusive to music. Consider this year’s Oscars, in which only six women – compared to 33 men – won awards. Across industries, women are routinely not nominated for awards as often, and they win even less. Why aren’t women recognized for their achievements?

Part of it may be related to there being fewer women in media to begin with. How many bands can you think of with more than one woman in it? How often is the one woman the singer? Does she play an instrument? Women have a shockingly low representation in popular music – whether as musicians or songwriters or producers. It’s just as bad in classical music. How many female characters do you see in a given movie compared to male? How many movies have women leads? Why are even extras predominantly male? How many directors or writers or producers are women? The numbers are dismal.

It’s not for lack of talent or interest; oftentimes, women are simply pushed out of these fields, the way we’re discouraged from working in science or technology. Other times, women are just gently nudged into lesser roles within their field of choice. We need more representation in media – all aspects of it – in addition to equal recognition of our role there. Media impacts the way we think about the world and live our own lives, and seeing women onscreen, playing out women’s stories, is important.

You’re probably familiar with the hot button issue of sexual harassment and assault. Movements like #MeToo and Time’s Up demonstrate feminist movements taken to the mainstream. Feminists are fighting to end sexual harassment in the workplace and the sexual exploitation of subordinates, as well as the adequate punishment of those who perpetrate the abuse. No one should feel unsafe at their place of employment.

Ending sexual harassment is about giving women full control and autonomy over their bodies. Abortion rights are about the same exact thing. As we mentioned before, women in the United States won abortion rights in 1973 after the Supreme Court case Roe v. Wade. Ever since then, but especially in the last decade, many politicians have been trying to roll back those rights to the point where safe abortion is impossible for many women to obtain. Feminists are fighting to ensure the individual rights of every woman, and to retain the options all women need.

We Gotta Fight! For Our Right! To be Equal!

As much progress as women have made over the years, there’s still a way to go until we achieve full equality. The things mentioned here are just some of what feminists are still fighting for. Women are a lot better off today than in decades past, but we still face inequality and unfairness in numerous arenas – from work to media to the general perception people have of women.

Feminists aren’t going down without a fight. If we keep speaking up, eventually, we’ll gain more rights, recognition, and equality. That’s a win for everyone.

In case you missed it, check out why YOU’RE probably a feminist! Feminism isn’t a dirty word, people. Find out all the rights women have gained over the last 200 years – we have a lot to thank previous feminists for! Finally, our F-Word series will end with a critique of past feminist movements and suggest how to move forward.

Yikes! How to Handle Bigotry in Your Family
Call Your Mom! How to Keep Up Relationships When Life Gets Busy
3 Sure-Fire Ways to Reduce Stress
I Love You But I Hate Your Boyfriend: How to Show She Deserves Better