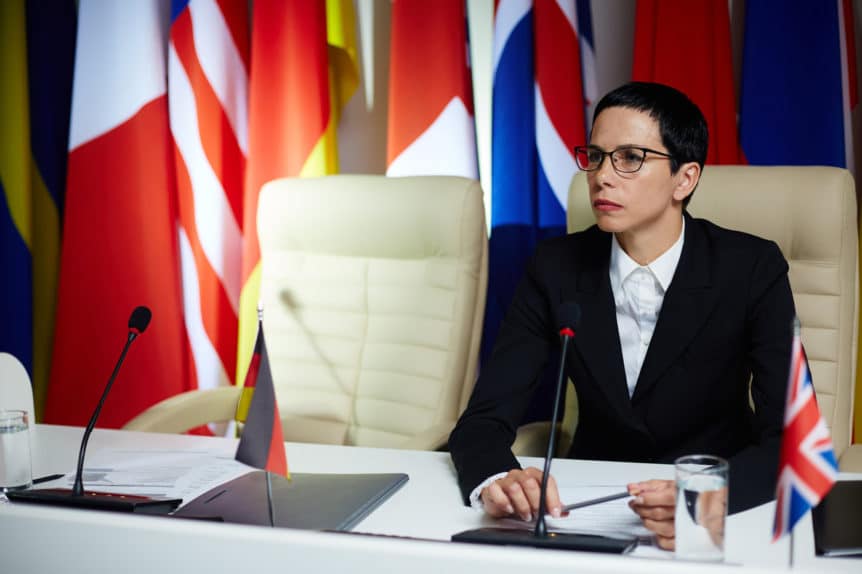 Last month, we showed you that you are more than likely a feminist. That’s great news! Feminism has accomplished a lot of things, many of which people today often take for granted. Today’s feminists have an impressive legacy that they’re continuing.

American feminism began in 1848 at the Seneca Falls Convention in New York. This was the first convention for women’s rights and produced the Declaration of Sentiments, which was spread across the country to popularize the move for women’s rights.

From 1848 until today, feminists have fought and won many rights for women in the United States. Without their work, women today would lead very different lives (The Handmaid’s Tale, anyone?). We have a lot to be thankful for!

Feminism started as a social – and thus, political – movement, so it’s no surprise that politics was an early focus in the fight for women’s rights. Elizabeth Cady Stanton, who was instrumental in organizing the Seneca Fall Convention, later became the first woman to run for the House of Representatives in 1866. Six years later, Victoria Woodhull became the first woman to run for president of the United States. Neither woman was victorious, but it marked the beginning of women entering the political sphere. In the years that followed, many women made progress in winning city and state positions around the country.

Though women were gaining some political power, nationally women still didn’t even have the right to vote. Early feminists were the driving force behind the suffrage movement of the early 1900s. Finally, in 1920, the US government finally granted women the right to vote. This applied to white and black women (though black citizens in general still faced unfair restrictions), but Native Americans only got voting rights in 1924 and Chinese immigrants did in 1943. We finally repealed race restrictions in the Voting Rights Act of 1965.

Beyond public office and voting rights, there were still many social and political issues that made women feel like second-class citizens. One way was the very nature of their American citizenship. Into the early 1900s, the government automatically granted immigrant women who married American men U.S. citizenship. In contrast, if an American woman married a foreign man, she lost her U.S. citizenship! The law defined women by their husbands. The Cable Act of 1922 finally gave women the same citizenship rights as men; with that new law in place, women were able to keep their citizenship so long as they married foreign men who were eligible to become U.S. citizens. This restricted rights to Asian immigrants and the women who married them, but in 1931, Congress extended the rights to Asian men.

Beyond politics, money and employment have been a huge arena that feminism has broken into. Around the world, universities have restricted women from pursuing higher education. Men often deemed women as not smart enough to learn; otherwise, society didn’t consider education important for women and only expected to marry and raise children. But women wanted more.

Throughout the 1800s and early 1900s, countries around the world began admitting women to universities. Some were for women only; others were co-educational. In 1855, the University of Iowa became the first college in the U.S. to switch to co-educational admission.

After education comes a career. It took much longer for women to make professional headway. Again, even with college degrees, society still expected women to take care of their families. At first, women received only simple, supporting roles within companies. They were secretaries, caretakers, and there to serve the men. This was our first step into the corporate world, and we were always ready to take the next. Think back to Mad Men. Peggy Olson wasn’t content to just be a secretary; she had bigger dreams of developing advertisements alongside the rest of the team. She proved her intelligence, skill, and work ethic and quickly rose to be among the best advertisers – men or women. That was in the 1960s.

In the last half century, women have continued to gain new leadership positions across industries. Women now make up 47% of the workforce in the U.S. Today, there are as many female entrepreneurs as there were female workers 100 years ago. Talk about progress!

With employment comes cash. But believe it or not, even as women were earning their own money, they weren’t allowed to decide what to do with it. Just 50 years ago, banks only gave credit cards to men and married women who could get permission from their husbands. Women had to have their husbands co-sign applications just to get credit cards! Single ladies generally couldn’t get credit cards at all. It wasn’t until the Equal Credit Opportunity Act of 1974 – which made it unlawful for any creditor to discriminate based on an applicant’s race, color, religion, national origin, sex, or marital status – that women could get their own credit cards.

Divorce has existed nearly as long as marriage has, and it has always been legal in the United States. However, for most of American history, divorce had to have a cause – it had to be someone’s fault. Typically, courts required proof of physical abuse and/or adultery to terminate a marriage. Not only that, the victim of the abuse or adultery cannot have done anything to contribute to the problem. Because of these restrictions, the law left many women stuck in marriages that made them miserable!

In 1969, California’s then-governor Ronald Reagan, signed no-fault divorce into law. All other states (except New York) followed suit by 1985. Many people, including Phyllis Schlafly, blamed feminists for the following rise in divorces. Historian Stephanie Coontz agrees, explaining that feminism, and its accomplishments in allowing women to work, liberated women to leave unhappy marriages rather than feeling trapped.

Like divorce, contraception has existed for a long time. By 1873, the Comstock laws effectively made contraception illegal. Despite this, Margaret Sanger opened the first birth control clinic in the United States in 1916. After Sanger endured arrests and prosecutions for over two decades, a judge involved in one of the Sanger cases brought the Comstock laws to an end.

Abortions remain a contested issue today with many states and politicians aiming to curtail people’s right to choose. Around the same time that the women’s rights movement began, anti-abortion laws started spreading around the United States. In the latter half of the 19th century, doctors blamed the women’s rights movement for the number of married women getting abortions, even though the movement itself distanced itself from the issue or blamed men for making abortion a necessity. By the turn of the century, abortion was a felony in every state, and it wasn’t until the 1960s that feminists really took up the issue again.

Sherri Finkbine was unable to abort a deformed fetus that would not live outside the womb. After discussing it with the media, Finkbine flew to Sweden to get the procedure. This story galvanised feminists to take up the mantle. The Supreme Court ruling Roe v. Wade legalized abortion in 1973, wherein the justices declared that Americans have a constitutional right to abortion.

We Wear the Pants

Feminism even had a hand in addressing the way women present themselves. For centuries, society has expected men and women to dress a certain way. While men have been wearing pants for many years, women were restricted to dresses until only quite recently. Women only started gaining the right to wear pants as we gained rights to new activities, like riding horses and bicycles or playing certain sports.

In the 1890s, it became clear that women could not easily ride bicycles while wearing dresses. As such, a version of the bloomer (a baggy, knee-length garment first introduced 40 years prior by women’s rights activist Amelia Bloomer) was developed for athletic purposes. Women could wear these bloomers when horseback riding, cycling, or playing tennis. It’s no secret that it’s much easier to move around in pants than in skirts.

However, into the early 1900s, women could still be arrested for cross-dressing (i.e., wearing pants). In the 1930s, actresses like Katharine Hepburn and Marlene Dietrich and even First Lady Eleanor Roosevelt were photographed wearing pants in public. During the World Wars, women also regularly wore trousers to do work. Pants became increasingly accepted over the following decades, and by the 1970s, they were becoming the fashionable norm.

Feminists have come a long way over the last 200 years. Women have gained so many rights and freedoms, from our role in politics to our right to earn money to our freedom in choosing what to wear. And although we’ve made serious progress, there’s still much left to fight for. We haven’t achieved full equality yet, but we’re working on it.

Come back next week to learn what feminists are still fighting for in the 21st century.

In case you missed it, check out why YOU’RE probably a feminist! Feminism isn’t a dirty word, people. Tune in next week to learn what feminists are still fighting for today. Finally, our F-Word series will end with a critique of past feminist movements and suggest how to move forward.

How to Free Your Pain by Stimulating Brain Health
Re-Energize Your Sales Job Now with Worthy Intent
Know Your Worth: How to Value Yourself in Job Market
Women, This is the Secret to Gain Valuable Career Skills