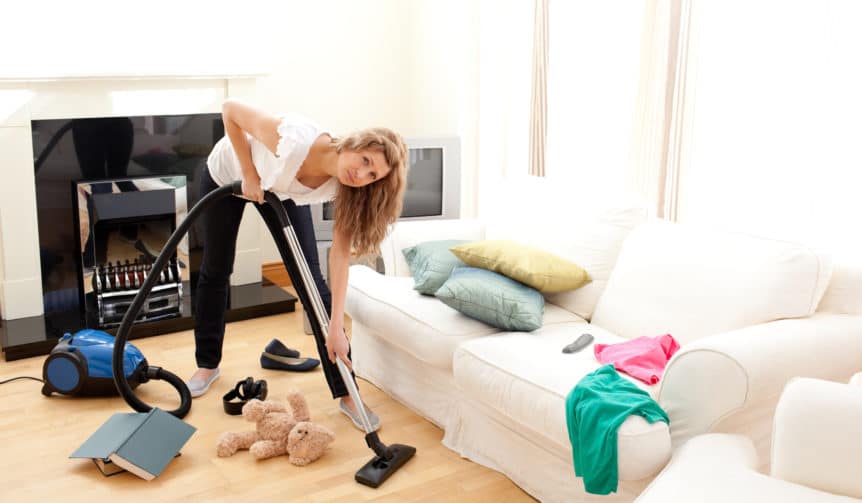 Our families significantly shape who we are as people. The way we’re raised impacts the way we think and the attitudes we have. Family beliefs, however, are not tattooed onto your brain. Almost all of us differ from our family’s worldviews in more ways than one. This is to be expected, as time keeps moving us forward and popular attitudes shift.

One particularly sticky subject within families is that of gender roles. A lot of people have opinions on what men and women should and shouldn’t be doing. Whether their reasoning lies in religion and tradition or “biology” and “psychology,” getting our older (and sometimes younger) relatives to budge on these positions can be difficult.

Even if you aren’t actively trying to change your family’s opinions on gender roles, you are likely to find that your family tries to impose their beliefs onto you. What do you do?

Most people aren’t (consciously) malicious toward men or women, but the gender roles they hold near and dear can be harmful and frustrating. Specifically, traditional gender roles prevent women and girls from having fun, and men and boys from learning how to perform basic chores.

Consider a common example: a holiday dinner. When the girls reach some arbitrary age (9, 10, 13), they are often recruited to help prepare dinner and clean up after the meal is over. These are good skills to develop, but the boys are frequently left out. They are allowed to play while the girls work, and this is unfair to both. The girls can’t play, and the boys don’t learn.

Another example is in children who express themselves in a way that is at odds with how they’re expected to act. Consider a little boy who happens to love the color pink or prefers playing with dolls to playing with cars. Or consider a young girl who likes to get messy, plays with the boys, and hates wearing dresses. Parents may describe these children as “going through a phase.” The underlying expectation is that the daughter will grow out of her tomboy ways and become more feminine. The son will eventually realize that pink and dolls are for girls, and thus turn to sports and other masculine activities.

Obviously, these examples do not apply to all households, but for the ones that they do, the behavior typically carries over into the children’s adulthood. Adult children are often treated differently depending on their gender.

Parents may steer their adult children to study subjects that fit their gender. “Why would a young woman want to study engineering and be surrounded by a class of men? Wouldn’t English or perhaps nursing be a better major?” Later, women may be expected to find a husband and have children, whereas men of the same age don’t have that same pressure or “biological clock.” Women may be expected to stay home with their children while their male partners take on the role of breadwinner, advancing in their careers while women focus on family. Adult daughters may be expected to care for their aging parents more than the adult sons.

As archaic as these gender roles may seem, these expectations do still exist. Often, they’re not nearly so obvious. Many gender expectations are subtler, even seemingly harmless: Look feminine/masculine, according to your gender, and don’t stray too far out of the gendered lines. Pursue particular forms of education and careers, speak in particular ways, follow particular timelines, hold particular values and priorities. You can imagine the various forms the expectations might take.

What this does is put people into boxes and discourage the full explorations of our personalities and possibilities. Gender roles can be used to shame family members who diverge and humiliate them into conformity. Women are taught to serve, and men are taught not to care. What a tragedy for everyone.

Gender roles are harmful enough when they’re imposed on straight, cisgender people. The negative effects are turned up to 11 for those who don’t fit that category.

“Effeminate” gay men and “butch” lesbians are often the subject of scorn, even within their own families, because they don’t adhere to traditional gender expression. For some people, the simple fact of preferring the same gender, regardless of gender expression, is enough to put you outside your expected gender role.

Family relations are probably the most difficult, however, for transgender people. By transgender, we refer to anyone who identifies with a gender other than the one they were assigned at birth, including transgender men, transgender women, and non-binary, gender-fluid, and agender people. All of these groups specifically buck the gender roles they were prescribed, and many of them are denigrated by their families for doing so. Many are even ejected from their homes.

There is only so much you can do. Regardless of your gender expression and family situation, you can educate your family members of the harmful effects gender roles and normativity have. In addition to putting people in boxes that stifle their ability to learn and grow – and indeed, stifle progress we can make as a society in the process – enforcing gender roles can have damaging effects on mental health and family relations.

Gender roles and normativity can lead to insecurities and lack of self-esteem. People may deny or suppress certain aspects of themselves in an effort to seem like an “acceptable” man or woman. They can become depressed and anxious, and it may take many years to overcome these feelings of doubt, guilt, and shame in who they are.

Obviously, families that stick together are wonderful, but you should never put yourself in harm’s way, meaning that you might have to stay away from your family until they can understand the changes they must make. We all deserve to be true to ourselves, even when those we care about don’t understand us.

Most directly, we can hold each other accountable and ensure that we do not reproduce these gender roles and norms when we raise our own children. Educate your friends and family members, and try to open a dialogue so they can understand the nuances of gender and reevaluate their problematic attitudes. Change the future generation: make sure all of your children complete the same chores at the same frequency. Allow children to experiment with activities and clothing to find what they like best. Most of all, allow them to be themselves, whatever that looks like.

What is Sales’ Unsung, Powerful Tool? Consider: The Phone
How You and Your Children Can Make a Change in the World
How Do You Say No to Critical People?
How to Assess Your ADHD Symptoms For Free