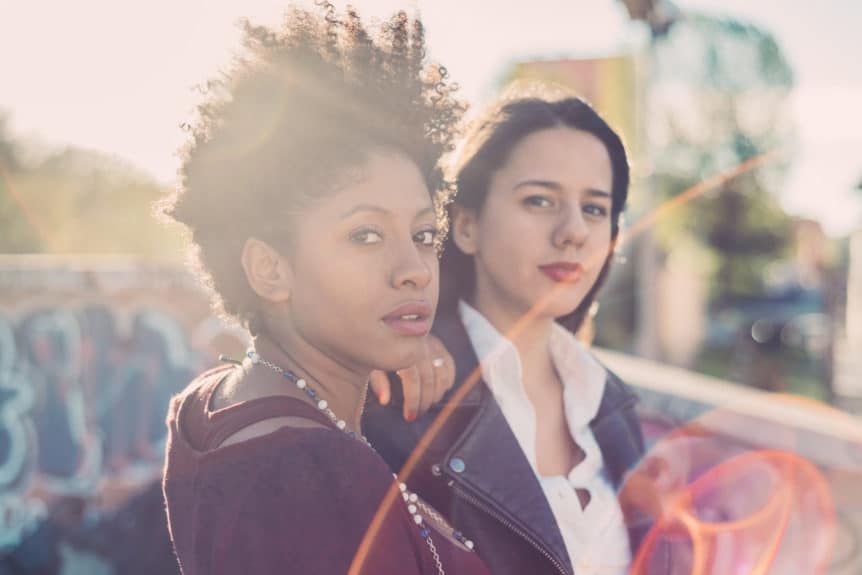 Do you think that women should be permitted into the workforce? Should women be paid equally for their work? In your opinion, are women independent and fully functional human beings? If you said yes to any of these questions, you might be a feminist! If you said yes to all of them, you definitely are.

Believe it or not, the definition of “feminism” is quite simple: the desire for equality among the sexes. For centuries, our social and political institutions have favored men over women. Indeed, men have enjoyed abundant opportunity to learn, build, and profit. Meanwhile, women, for most of history, have been confined to domestic pursuits supporting their husbands and children. Women have tried to step outside of those boundaries, and, little by little, we started gaining new freedoms and powers. Enter feminism, stage left.

Simply put, feminism wants people – especially women, but also everyone else – to be able to determine their own fates. We should all be able to pursue the hobbies, careers, and families we like, when we like them. Gender should not be prescriptive in how you behave or look, and everyone should be free to express and present themselves however they want.

Beyond this, feminism seeks to fight against institutions that try to oppress people and restrict their choices. Any structure that discriminates on the basis of sex or gender is in conflict with feminism. The goal is to liberate women and others to live their fullest lives and write their own stories.

Overall, feminists pursue these goals by informing and educating people about forms of oppression and how to get out from beneath them. We demonstrate that women’s rights are human rights, and that the prohibitive, patriarchal system is bad for everyone, not just women. Yes, feminism seeks to help men, too.

Despite all the good things feminists fight for, “feminism” has often been considered a dirty word. Women don’t want to be labeled a feminist for fear that people will think of them as man-haters or witches. Even worse, many women don’t understand what feminism actually is and aims to do. Contrary to anti-feminist discourse, it’s not about hating on men or switching the power roles so women are in charge of everything. It’s just about equality. Complete equality.

Many people think that because it’s called “feminism,” it’s only about elevating women (the “feminine”) at the detriment of men (the “masculine”). They argue that the word choice is wrong. They say, “I don’t consider myself a feminist, but I do believe in equality between the sexes.” The problem is, that statement is self-contradictory. What they’re arguing is that the word “feminism” is the issue.

However, movements of pushback against problematic societal norms generally do focus on the group that has been marginalized. The black rights movement wasn’t about black people gaining excess power over white people – effectively switching the roles that had been in place. Rather, it was about garnering equality between the races. Today’s Black Lives Matter movement, likewise, is about awareness of the racism black people still face today and working towards equality. The gay rights movement is, you guessed it, about giving LGBTQ people equality.

The choice of “feminism” to represent the movement is no accident, and it isn’t the problem. What’s wrong is thinking that the oppressed must continue to appeal to the oppressor.

Though feminism is about raising women up to have equal status and opportunity as men, it’s just as much about making things better for men, too. Feminism benefits all of us. It is, after all, about equality.

Some feminists are the stereotypical unshaved, politically-minded lesbian with an interest in witchcraft – and there’s nothing wrong with that. But feminists are also “feminine” married women, 44th presidents of the United States, crazy cat ladies, little kids, grandpas, college students… the list is endless. Feminists are as varied as the human population because we all can be, and should be, feminists.

Tune in next week to learn how feminism has benefited our culture so far. After that, we’ll get into what feminists are still fighting for. Finally, our F-Word series will end with a critique of past feminist movements and suggest how to move forward.

The Power of Music: How Music Can Comfort, Inspire, and Motivate
Top 10 Tips for Sales Traction When Attending a Conference
How Can You Actually Control Your Own Destiny in Life?
5 Lucrative Career Paths You Never Knew Existed