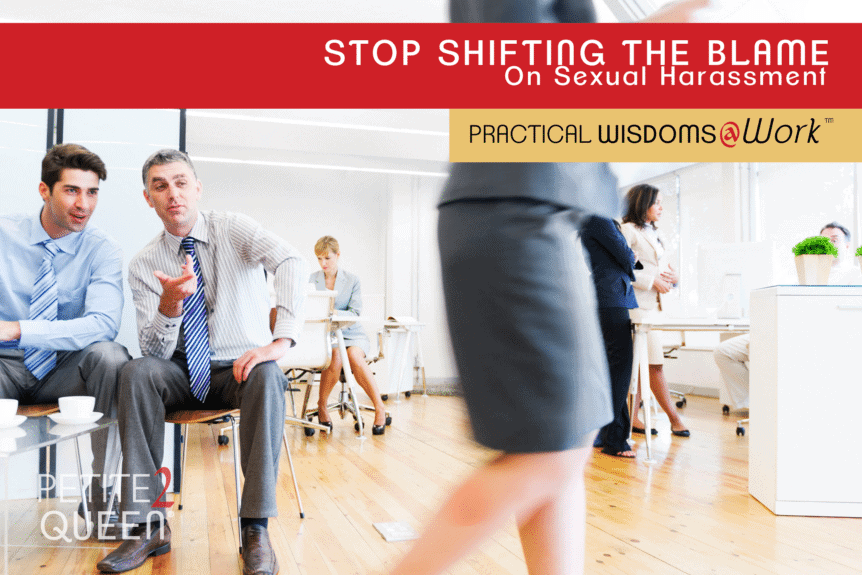 Accounts of sexual harassment have been everywhere in the past few months. Harassers like Harvey Weinstein and Kevin Spacey aren’t just in the movie industry. They exist in nearly every level of every industry. Sexual harassment is a pervasive issue, and thanks in part to the #MeToo movement, there’s finally an open dialogue on a problem that should have been addressed years ago. It’s about time.

One issue that’s arisen in all of this is the constant shifting of blame in cases of sexual harassment. It’s all too common to say, “Oh, she shouldn’t have worn that or led him on like that.” “She should have known that her co-worker was doing that to others and reported the issue.”

So why are we blaming the victims and unaware bystanders? The only people we should be blaming are the harassers and the people who knowingly allow the behavior and even hide it.

Shifting the blame minimizes the egregious act of sexual harassment, and it needs to end. It’s time to put harassers in their place.

Listen as Lynn, Tina, and Rachel discuss this major issue. Afterwards, share your thoughts in the comments below.

How to Manage Your Sales While on the Road
Check Yourself: 5 Financial Tips That Will Keep You Focused at Work
3 Things to Consider Before Moving Your Business to a Smaller Location
How Women Can Gain Confidence in Negotiating Raises

Petite2Queen is a virtual mentoring community for women who want more out of life and their careers. We are women who have been there, done that… and women who are in it with you. Our virtual mentoring series, podcasts, blogs, and more provide real-life learning, insights, and transferrable skills. Create your own amazing life!