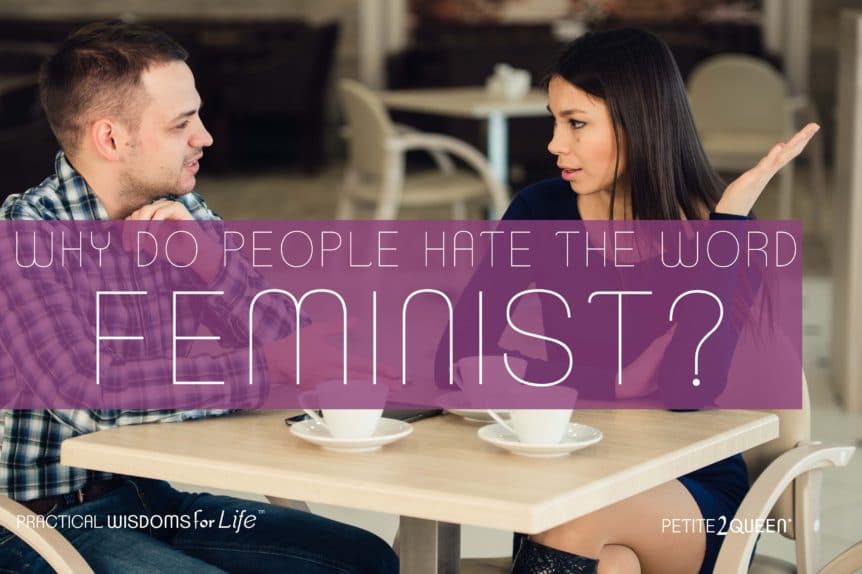 In our new podcast, Rachel, Amanda, and Lynn talk about what’s in a name. Feminism has gone in and out of popularity, and people cite various reasons why they do or don’t support the movement. Some wonder if we’d be better off with a different word to describe it. Indeed, feminists have often been described in negative ways – we’re called “man-haters” or are described as overly controlling. In other cases, people making sweeping generalizations, saying all feminists are lesbians or that we refuse to shave. Instead of talking about the values of feminism, the debate turns to attacking the feminists.

Over the last couple of centuries, feminists have fought to get us where we are today. Thanks to them, woman are allowed to vote. Feminists won us the right to get credit cards in our names. And while we’ve made tremendous progress over the years, there’s still so much left to fight for. When people talk about feminism, shouldn’t that be the focus?

What do you think about the word “feminist”? Listen to our podcast below, and let us know your thoughts in the comments!

How to Excel as an Entrepreneur... and Still Have Me-Time
What to Do When a Sale Goes Cold
10 Ways Resilience is an Advantage in Harsh Circumstances
How to Get Your ISH Together and Fix Your Crown

Petite2Queen is a virtual mentoring community for women who want more out of life and their careers. We are women who have been there, done that… and women who are in it with you. Our virtual mentoring series, podcasts, blogs, and more provide real-life learning, insights, and transferrable skills. Create your own amazing life!