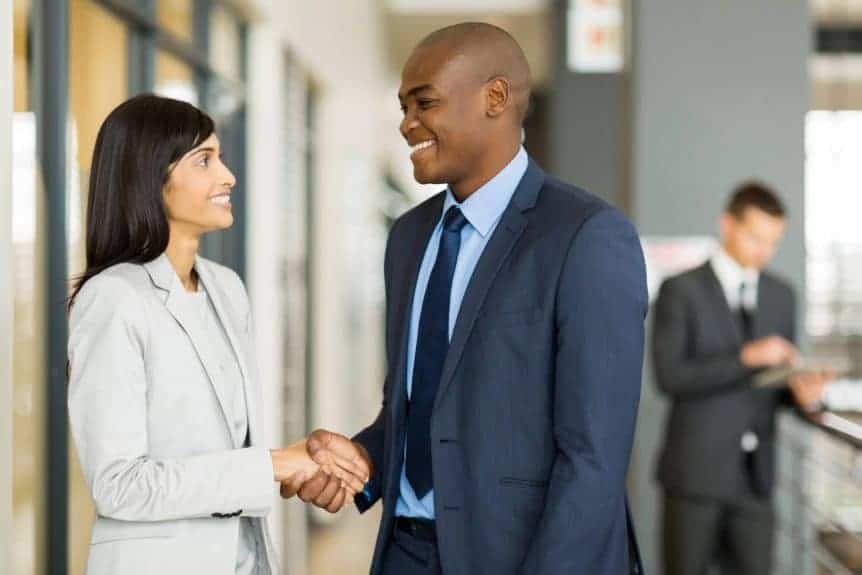 All sales professionals know the power of using the right words at the right time. With that said, there are two words that consistently deliver results. Unfortunately, women tend to shy away from using these impactful words, instead defaulting to their more passive counterparts. What are these mysterious words? “Will” and “would,” as opposed to “can” and “could.”

“Will” and “would” are the two words that consistently deliver results in sales, at work, and in life. But when women replace “will” and “would” with the weaker “can” and “could,” they lose some of that influence. Take a moment to listen to women talking – even a recording of yourself – and you will notice this habit almost instantly.

The words you use have power, and using weak words diminishes that power. Consider how you use the words “can” and “could” and the context in which they’re used. Neither word requires any action. “Can” and “could” are passive; you’re only asking if the person you are speaking with is able to do something, not if he or she is actually going to do it.

When you replace “can” and “could” with “will” and “would,” however, you are taking action, being decisive, and making a commitment. “Will” and “would” drive a minimal actionable commitment from yourself, peers, an organization, and your clients.

Look at this example:

“Can you come by our booth in the exhibition hall?”

“Will you come by our booth in the exhibition hall?”

“Can” is weak. No action, decision, or commitment is necessary from the individual you are asking to come by your booth. They might be able to come by, but there’s no confirmation that you’ll actually see them. Whereas when you ask, “Will you come,” the recipient must make a decision. When they answer in the affirmative, they are making a commitment to come by your booth. Of course, some people will still blow off the booth despite their promise, but most will come – they’ve made a commitment and will follow it through.

“Could” and “would” represent the same dynamic as “can” and “will.” While “could” is primarily used for conditional situations, the issues of passivity and lack of impact remain prevalent. The use of “would” is a conscious decision, and that conscious decision translates into a minimal actionable commitment. Once that commitment is made, you have the ability to drive it to completion.

In sales, and as women, we need to eradicate “can” and “could” from our vocabulary. Instead, we must leverage our power with “will” and “would” for actionable commitment. It’s guaranteed to be more effective. Not only will you will drive results, you’ll also demonstrate your own confidence in the process.

Women, Have You Ever Thought of a Career in Sales?
Why Women's Work Being Undervalued and Underpaid is Unacceptable!
No, Yoga Is Not the Cure: How to Handle Unsolicited Mental Health Advice
Augment Products With Memberships to Master Your Time and Profits