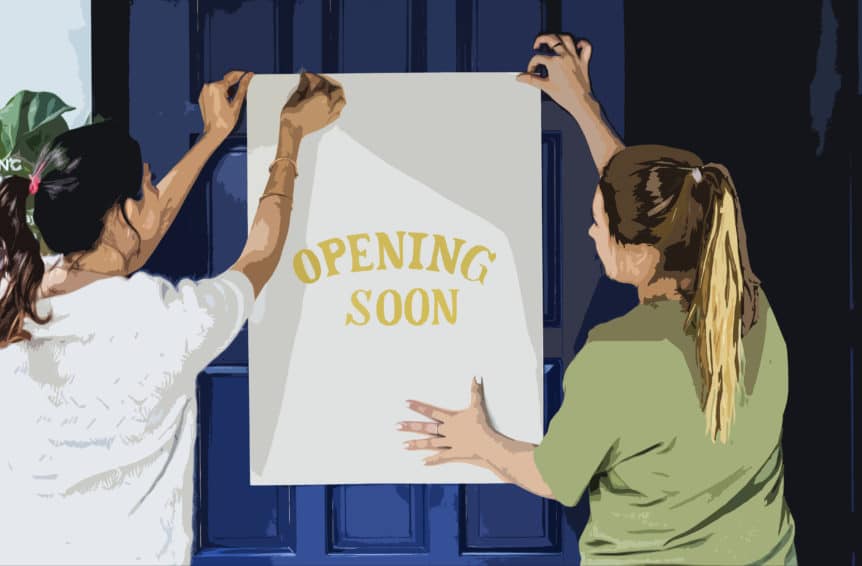 I work for our city business development commission. What advice would you give to a city looking to attract more woman business owners?  – Maggie in Big Bear Lake, California

Female business ownership is an important component of working towards gender equality. Owning a business is a huge investment and opportunity for financial growth, but only 36 percent of businesses in America are owned by women. Furthermore, nearly all of these are small businesses (less than 500 employees). If women can better access the resources needed to start and maintain businesses, they will be able to be more engaged in the economy. Women face obstacles that others may not when seeking to own a business, and governments that are invested in increasing women’s involvement in the economy must take a multifaceted approach to mitigate these challenges.

A lot of the important steps that must be taken to increase female business ownership and activity need to be taken at a state or national level, such as implementing paid leave laws and increasing the share of Small Business Administration (SBA) loans that go to women-owned businesses. However, there are also powerful solutions that can be implemented at a local level, such as in cities.

How Cities can Step Up

Cities serious about increasing women business ownership should consider offering resources for women starting businesses, such as community workshops, which could be funded by a local sponsor also interested in these goals. Such workshops could be a great starting place to direct women to resources such as SBA loans and female-focused capital funding sources. Having a government website specifically offering resources in starting businesses has a huge value for people who may not otherwise have exposure to the process.

Furthermore, a great idea for any city is to examine Dell Technologies’ Women Entrepreneur Cities (WE Cities) Index, which includes numerous metrics to help gauge a city’s ability to promote the growth of women-owned businesses. A significant focus of the index is access to capital and networks, which indeed are invaluable assets to any business owner. Women face real obstacles in accessing capital, which is why increasing SBA loans for women-owned businesses and ensuring the availability of capital is critical.

Having available capital in a city is important for any entrepreneur or business owner, but for women there is an important cultural factor that must also be taken into account. In recent years, about 85 percent of venture funds have gone to male founders. Having a positive culture towards women entrepreneurs and business owners positively impacts the ability of women to access capital.

On another front, one of the greatest barriers women face in reaching gender parity is overcoming lack of access to childcare. This is an obstacle that often holds women back during some of their peak career years, and across the United States there are severe problems in accessing childcare.

In urban areas, access to childcare is often competitive and expensive. Even those able to pay high costs for childcare may have difficulty finding openings in daycares or after-school programs. Meanwhile, many rural areas may have “childcare deserts,” where there are few options available in the community.

Cities can take steps to fund and provide space for after-school programs, and seek out childcare businesses specifically to respond to demand.

One of the policies that the WE Cities identifies as an action taken among its highest-ranking cities is having a paid paternity leave policy. Though in the long-term paid paternity leave does not eliminate the problem of expensive or unavailable childcare, this is a valuable policy in addressing workplace gender inequality. When workplaces have a paternity leave policy specifically, rather than parental leave, there is greater incentive for the father to take time off work to care for a new child. This is significant.

Women are more likely to earn less than men, which, along with sociocultural factors, means that mothers are more likely to take time off work than the father when couples have children. This contributes to what is known as the “motherhood penalty,” in which women miss out on advancements in their careers or even face hostility when remaining in the workplace due to being a parent. By normalizing both parents taking leave, the stigma of having children is reduced because employers must learn to expect that regardless of gender, their employees may need to use leave to care for children.

By taking steps such as increasing access to financial resources and addressing insufficient childcare, governments can successfully support women-owned businesses. Many of these actions can be taken by cities themselves, increasing economic activity and involvement.

How to Create Work-Life Balance While Living With an Invisible Disability
Help! How Can I Combat the Pressure to Have Children?
How to Master Your LinkedIn Strategy
How to Enjoy Business Lunches Despite Vegan Dietary Restrictions

Lynn Whitbeck is the co-founder and President of Petite2Queen. She is focused on identifying and evaluating opportunities for women at work, helping them define their personal roadmap. She dedicates herself to delivering tools and insights, embracing visualization of the big picture, and identifying and implementing the minutiae of detail. Lynn aims to share lessons learned along her journey and enable positive uplift for women.

Have a question for Lynn? Fill out the form below and we’ll get back to you!